The responsive web design is evolving quickly and so are technologies and technologies of development. Tools allow you to design interfaces and interactions. Here is a list of the best web design trends that you should keep in mind and try and implement while creating a website. These web design trends are known to be in common use for new websites for this year in 2017 and also for the coming years.

This is an important part of the website design trend. It can help influence or sway visitor behaviour, emotions, thoughts and conversion rates. Greenery is the color of the year and is a symbol of new beginnings. It is also a revitalising and refreshing shade for all. There are many websites that will be built of green. Looking for inspiration when it comes to color combination? Green is the color to use. Google’s material design is also an upward trend this year. Such colours are bright and bold and can be used in sites anytime.

Modern twist retro is the design trend right now. Whether it is pixel art, vintage typography or inspired imagery of the 80s and the 90s, the modern retro is in now. It has had a greater influence on different websites for the past few years. Many web designers are using this style including Robby Leonardi and are an awesome example of modern retro.

These are still photographs with elements that have repeated movements. They are largely popular and have visually striking features. They can be GIF files of videos. They are usually of high quality and can be over 3MB. Flixel is one hosting service with this type of video or image.

Material design has been popular since 2014 and has been built of paper and ink that has been translated into digital format. They show the use of shadows and edges to indicate what should be touched. Here the buttons are a prime example.

They are growing in popularity with many templates and themes for CMS and front end frameworks including Twitter Bootstrap. Smaller web design projects will turn their heads towards material design and adopt this strategy. The material design blog is a prime example of material design in action.

There has been some creative uses of typography and will continue to be used in the 2017. It won’t take up more space on screen and creative typefaces for usual web fonts.

Modular design is not new. It has been popular for the last few years. It is used for modular, block grid pattern and layout elements. Modular design has been increasing since the year 2011. The positive trend is supposed to continue in the year 2017 as well.

Try using SVG files instead of using jpeg and png formats. They are not suited for all images and work with vector graphics only. This way you can scale any photos. They work well with images including logos and works pretty good. Their inception began in the year 1999, but we still use the png and jpg formats. The uses of SVGs have grown since the year 2013. They are also great for page speed and have smaller file sizes.

They are more predictable and efficient and can be used for various devices and screen sizes. They have been gaining interest and is supported in all modern browser. Front end developers will be using it most of the times.

VR became popular in the year 2016. With the release of gaming VR headsets, the use of 360 videos has become a trend. 360 videos in websites in the 2017 have gained popularity and being used in different websites and for mobile usage as well.

They are specific single moments while the user is interacting with the website. It does not necessarily have to be a website but could also be actions including posting a message, liking a message, or filling a form field or some kind of action. They help provide feedback and guidance for user that helps improving UX. They are popular in nature and helps users get more creative while implementing responsive website design practices.

Kre8ivemind is a web designing company. 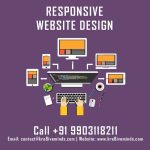 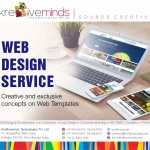 Latest web design trends that will make the headlines in 2018 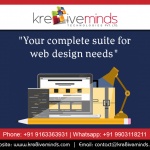